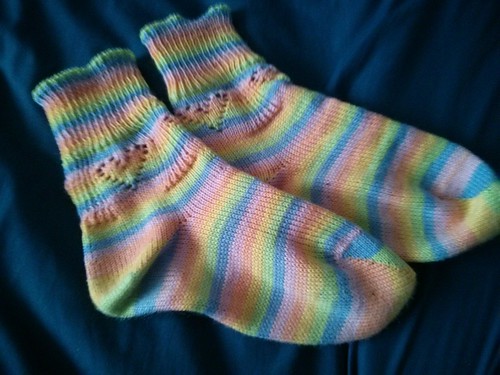 (apologies for the wobbly/blurry photo!) 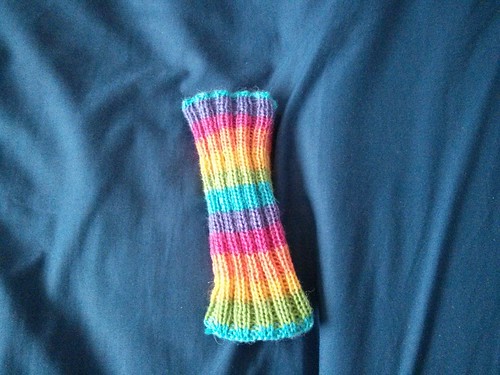 Looks dorky off but fits the 'phone perfectly. 44 stitches and 60 rows of true 2x2 rib, this was my second attempt. It's hard to get cases for my mobile because (a) it's old and (b) it's a little bigger than an i-phone (Nexus 4).

My cat is a box nerd - every empty box that appears in the house, he thinks is for him. This one is especially funny, as he hides behind the flap, explodes in a hurry and the sound of the cardboard frightens him so he runs away upstairs. Totally hilarious! 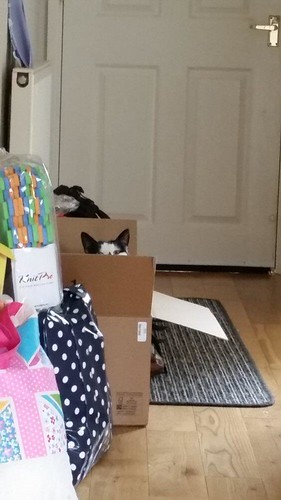 Just look at that wild expression! Our cat is bonkers... 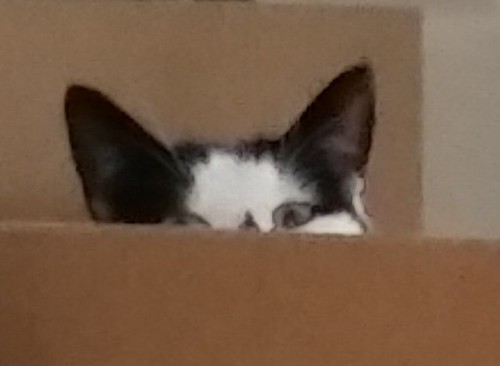 Watched "London has fallen" - dreadful film, and made me think of "Doom" (the arcade game) a lot. Still, it was lighthearted relief.