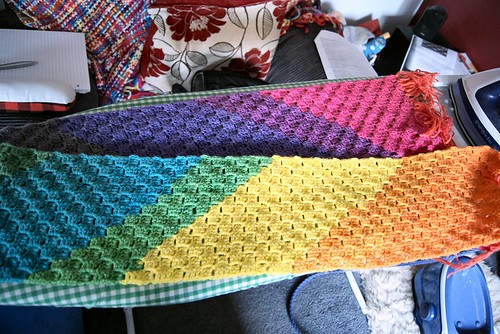 It's too long to fit in the viewfinder, haha! Leftover yarn became the fringe. A belated photo of a lovely soft crochet scarf. 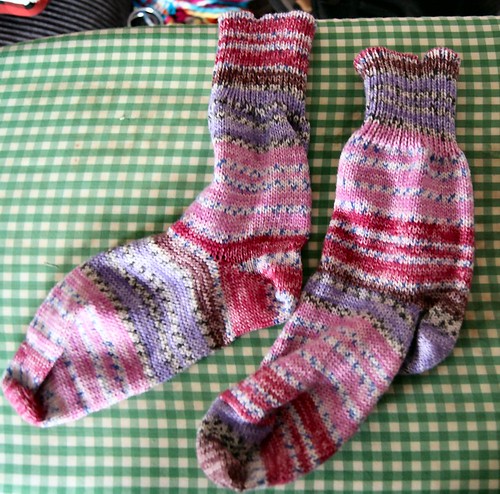 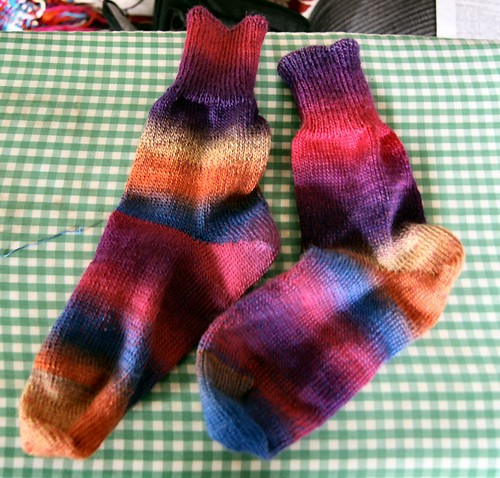 More CSM socks. According to Ravelry these were started in April, but they've been hanging off the CSM for quite a while. Taken off before transporting the machine to Portsmouth for the Guild AGM (1.5 pairs made that day, they need making up and in one case rehanging and re-toeing!)

The AGM went off ok but there wasn't a great atmosphere - two secret ballots later, and two of the three newly-elected directors immediately resigned. What was that all about? Shockingly immature behaviour IMHO but there you go. We had a nice jaunt to Hayling Island (not much there) and Bognor Regis on the Sunday - and the sun came out! Got beaten at crazy golf (of course) and had fish and chips on the seafront. Yay!