Well, the weather has gone back to either spring or autumn settings - overcast, occasional sun, chilly wind. We finally bought a garden set (chairs, table, parasol) so I guess you can blame me, Mother Nature has seen fit to prevent us from sitting out there ever since! It was a bargain, £35 off because one bolt was missing from the package - as luck would have it, we happened to have the correct bolt (albeit not silver, but who cares?). Lucky though - the package was marked "missing washer" which is a BIT different from missing a bolt!

My mood has been somewhat apathetic, like the weather. I've been working on a test knit for a fellow raveller - a sock knitted on the Passap. The first sock was very hard work, I think perhaps the stitch size (certainly for the 2x2 rib) is too tight, I can't imagine it stretching enough to fit my calf (though I've yet to sew it up to check). The second sock I'm trying one ss up, and it's a heel flap sock, which is pretty fiddly on a knitting machine. Almost in the category of "why would I?" but I'm sticking with it. Everything is practice, even if it doesn't result in anything satisfactory at the end. I have found myself falling asleep in the armchair around 7pm, which is both annoying and is poor sleep hygiene. I have to try and remind myself, whatever I do is enough - but I am pushing myself to stay awake as evenings are still my most precious time for crafting!

Would love to know what other crafters do to get themselves out of a funk! Right now I'm all ideas and little action! 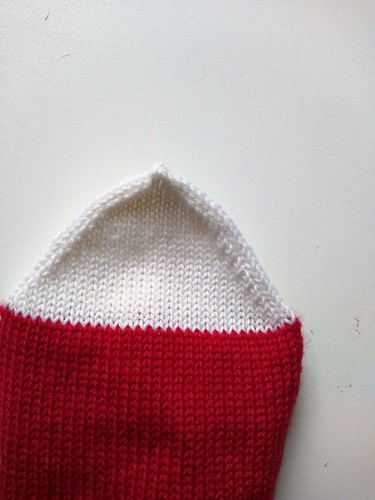 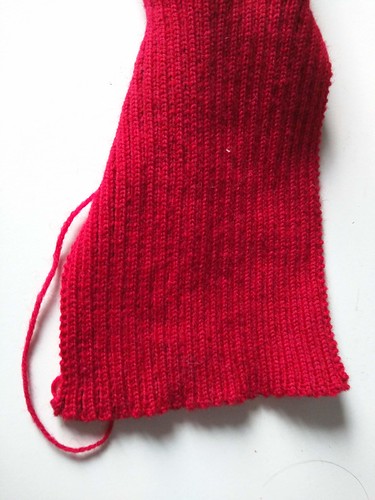 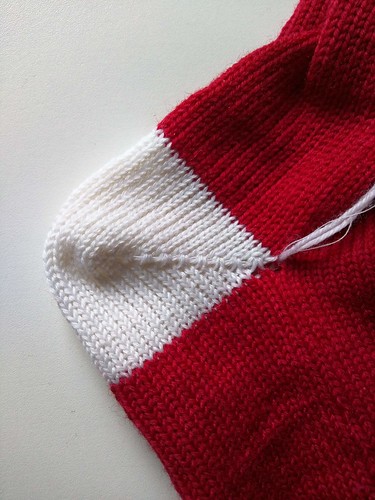 Oh yes, the contrast heel is sock yarn and one end of overlocker cotton, for strength. Using cotton is a first for me.

Had a go at sewing a face mask - first attempt wasn't great, but I do know where I went wrong for next time - incorrect bias binding, two parts in upside down, etc: 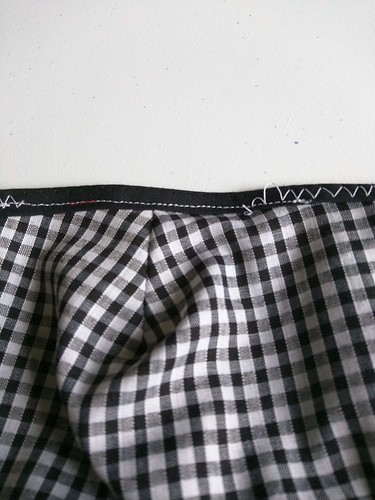 I'm wondering about modifying it though - this pattern has an internal pocket for a replaceable filter and I'm wondering if interfacing wouldn't be better, and ditch the pocket. The one my friend made me is great, but when breathing in, the lining gets sucked towards my face and it's quite claustrophobic. One, I don't really want to buy a hoover bag to make more filters which ultimately have to be disposed of and two I've got plenty of interfacing and could then chuck the masks in the wash more frequently.

I've been growing these on the windowsill: 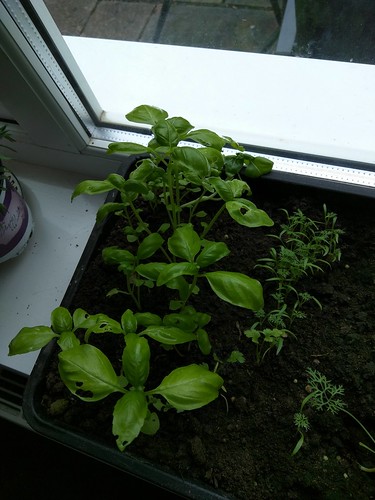 Repotted them on Sunday - some sort of caterpillar has been having a munch already, the cheek!

After the drought of May, I didn't think the hydrangea was going to survive, but a bit of rain and it's suddenly burst into flower. I seem to remember it got to the green "pre-flower" stage last year, and then everything died in the drought, so I'm pleased it seems to be making a special effort this year. 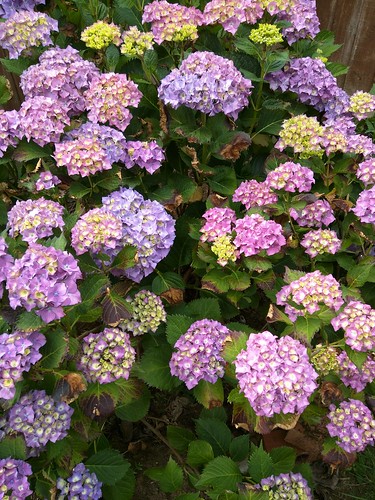 I bought a cheap geranium for my "office", and nearly killed it the first week through lack of water. Now a bit of TLC, water every day, and it's lovely and cheery. 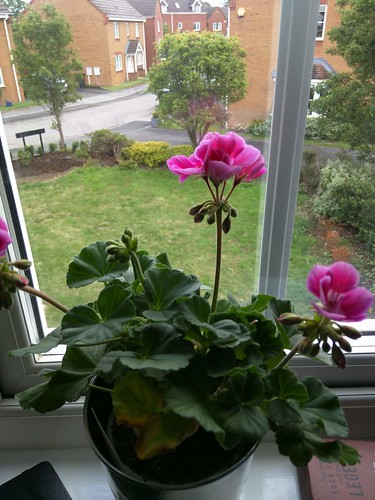